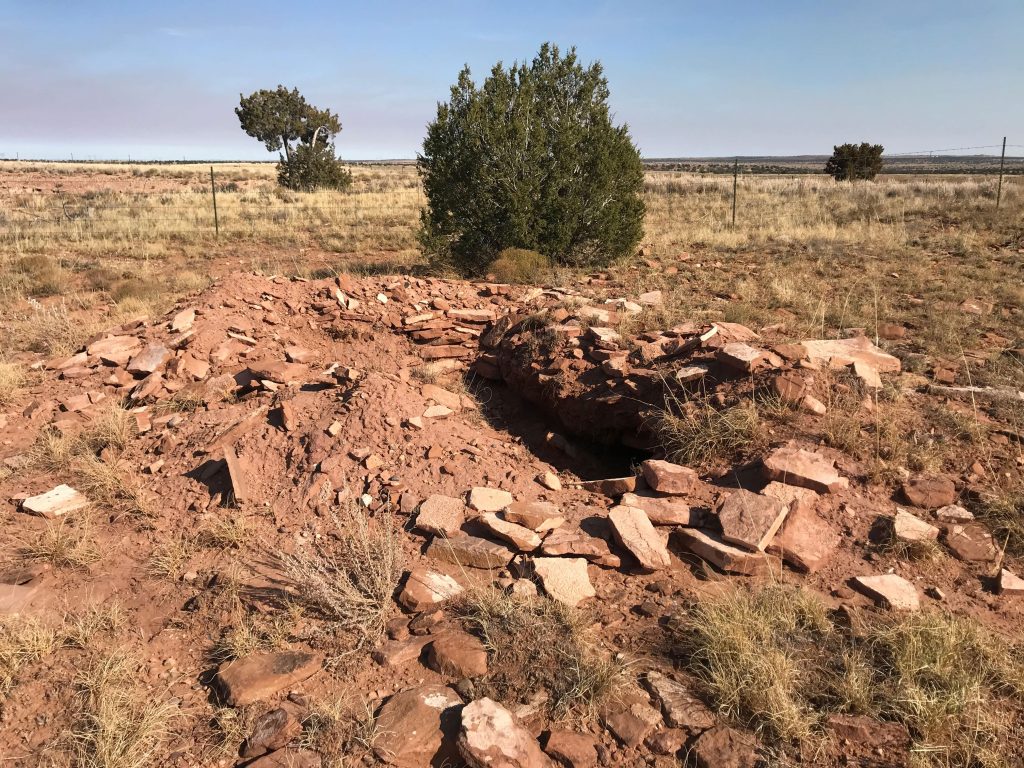 A crime against history, or an archaeological resource crime, refers to violations of the Archaeological Resources Protection Act. Prohibited acts include the theft, vandalism, and trafficking of cultural items and human remains that are at least 100 years of age. These acts are a persistent threat to Native American heritage sites in the Southwest and they constitute a federal crime when carried out on Indian or public lands.

The unlawful destruction of these places takes many different forms, but any and all damage leads to irretrievable loss. The following examples will help you recognize the kinds of damage that should be reported.

If you encounter damage at a recently looted or vandalized site, please take a few quick photographs and, if possible, record GPS coordinates. Remember that this is a crime scene—leave the area as you found it so law enforcement can assess the scene accurately. We need your tips so that investigators can work with Tribal communities to take actions to prevent further loss.

Looters often hand-dig circular or irregular-shaped holes into structures, burials, or mounded areas. Sometimes they use heavy equipment, like backhoes and excavators. Looter holes can vary in size and shape, from craters large enough to view on satellite imagery to narrow probe holes that are not visible from a distance. Undercutting and tunneling often occur as looters target sensitive areas. Pits are usually surrounded by backdirt piles that contain cultural items or pieces of stone architecture.

Looters may leave evidence or equipment at the scene. This includes sifting screens, shovels, probes, clothing, and trash. If you encounter these items, please leave them in place. This is potential forensic evidence that should only be collected by investigators. 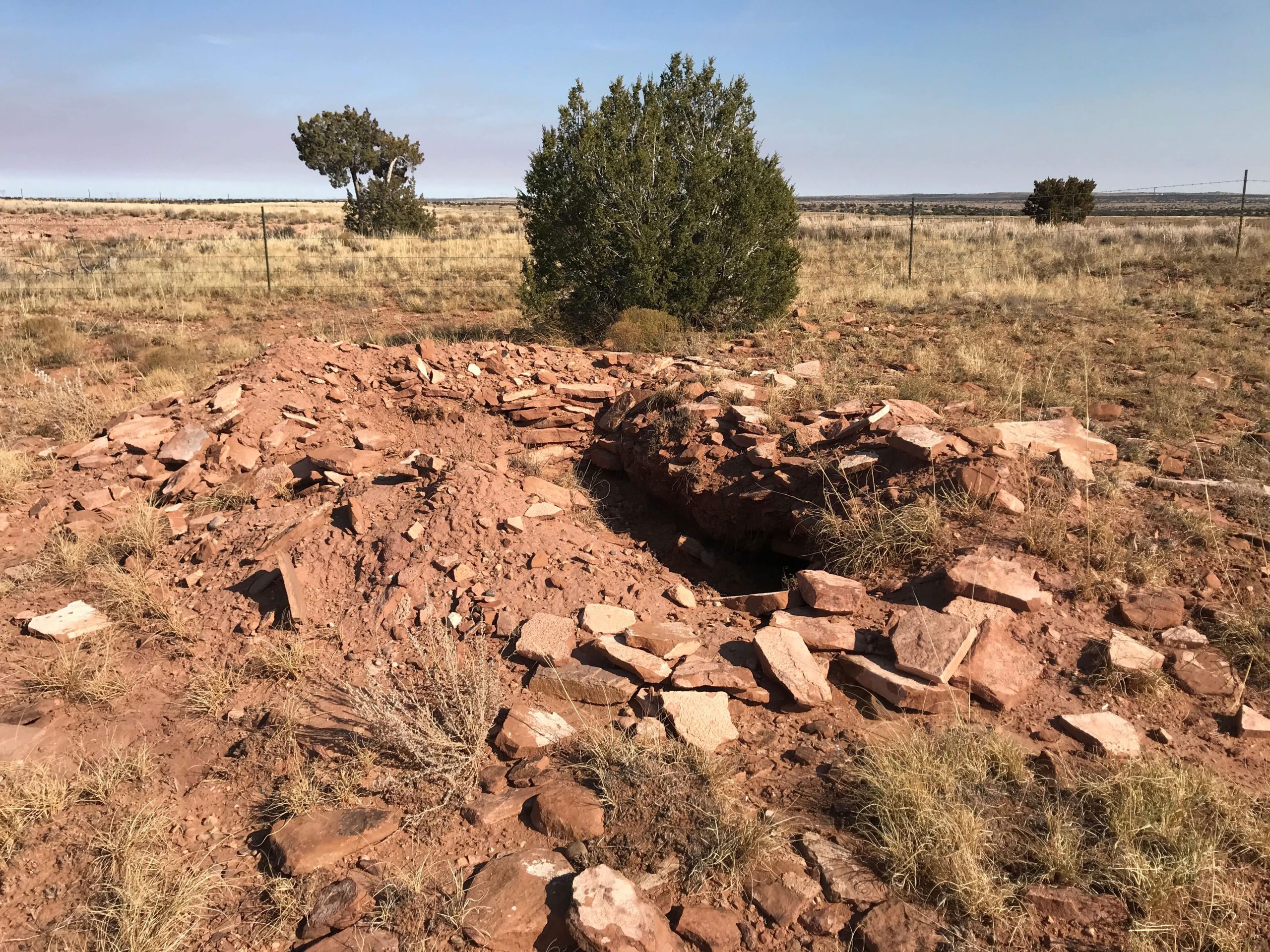 An example of a looter’s hole surrounded by backdirt and architectural materials. These stones were used in the past to construct rooms that served as residences, ceremonial spaces, and even final resting places. Image: D. J. Whiting 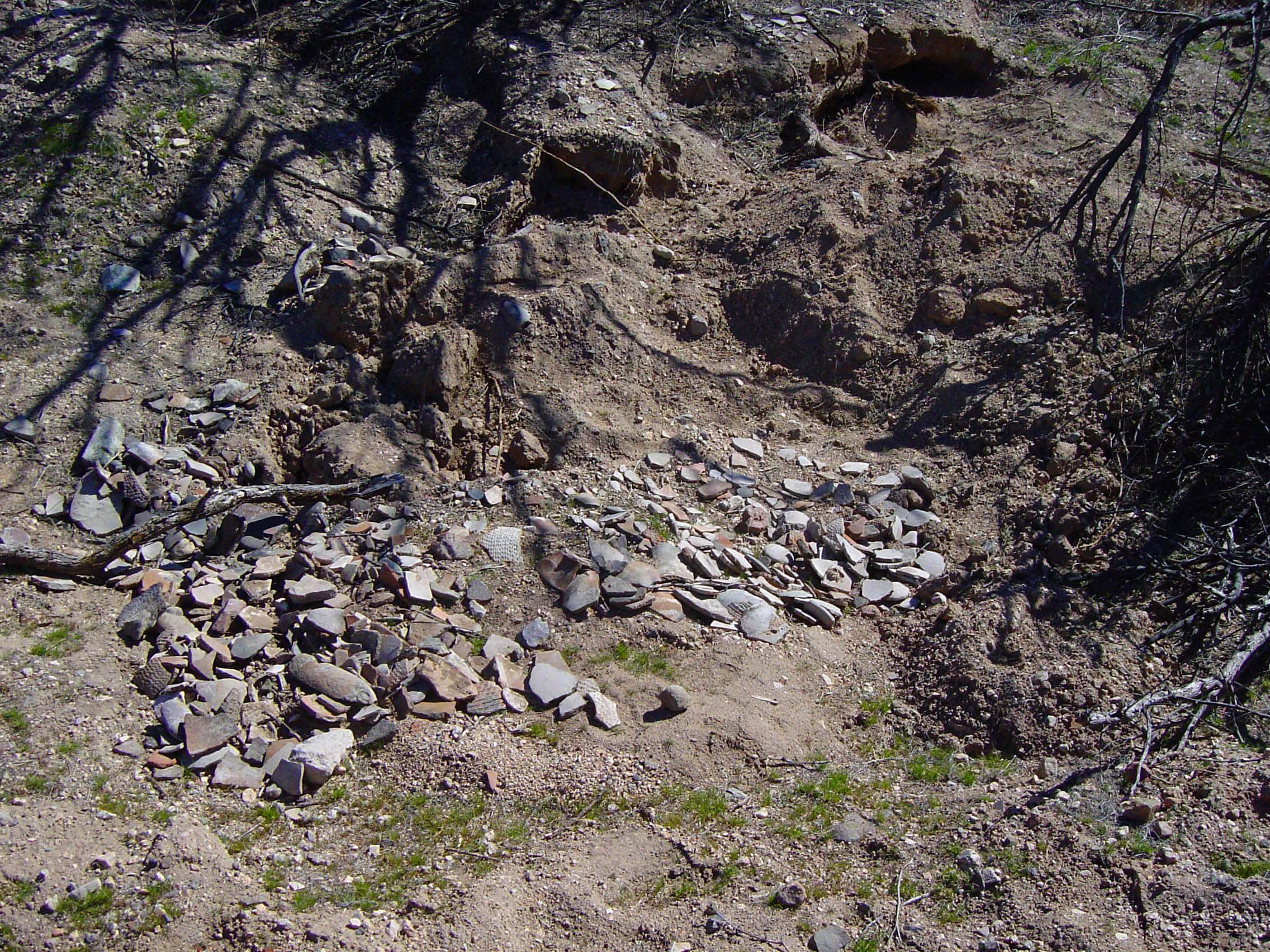 Hundreds of pieces of pottery cast aside during the destruction of an ancestral site. Piles of artifacts do not occur naturally at archaeological sites and is a sign of looting or vandalism. Image: Garry Cantley 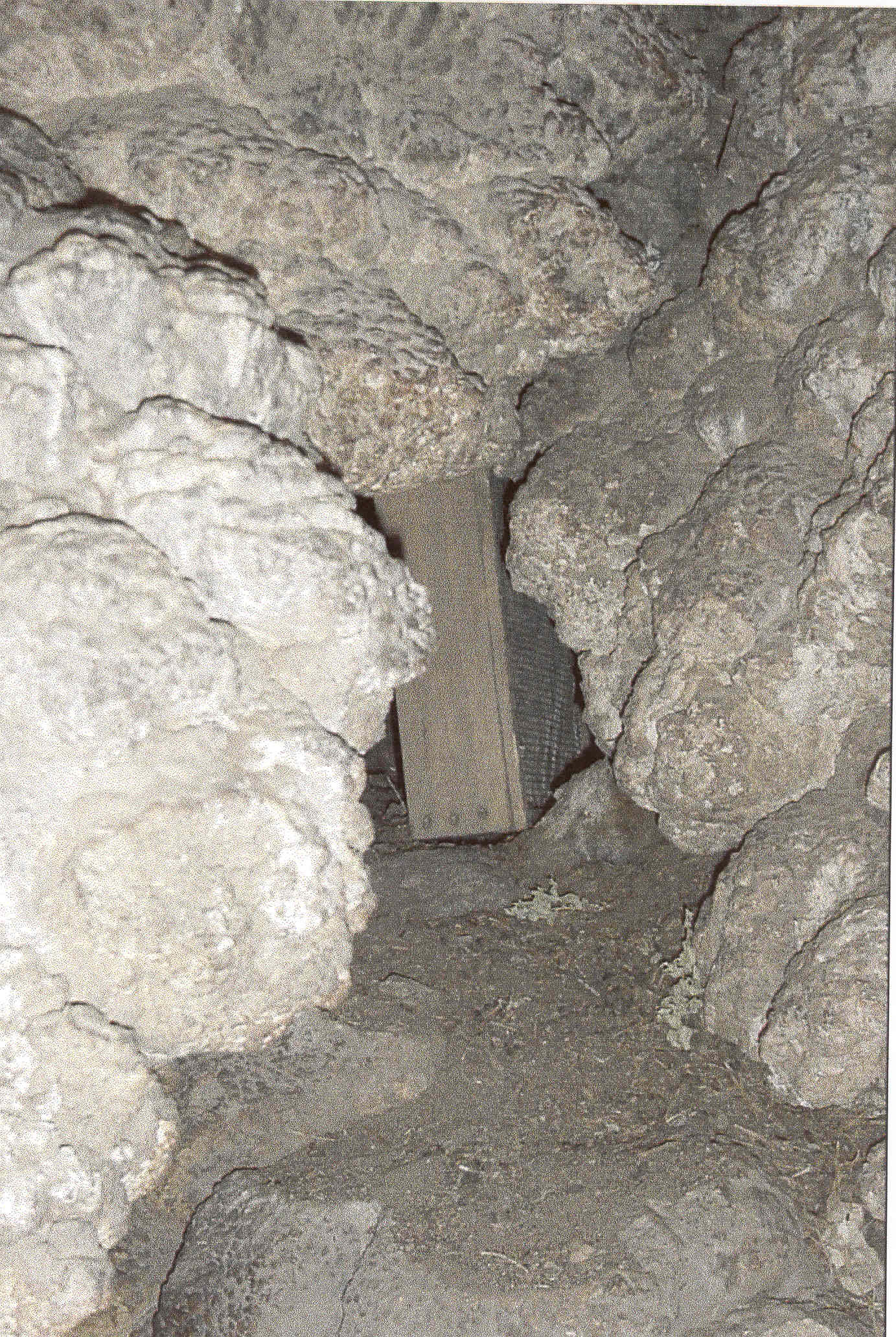 Vandalism regularly occurs at places that contain petroglyphs and pictographs. These ancient rock carvings and paintings found on boulders, cliff walls, and inside rock shelters are considered sacred by Native American communities Vandals desecrate these vulnerable sites with spray-painted, carved, and scratched graffiti. Target shooters may destroy them with bullet holes. Looters use power tools to steal whole panels, and sometimes even steal entire boulders for personal gain.

Negligence and reckless behaviors also cause damage at cultural sites. Unpermitted heavy equipment use and unauthorized off-road-vehicle trails violate federal law and should be reported. Other common types of vandalism include toppled structure walls, removal of beams for campfire wood, and dumped trash. 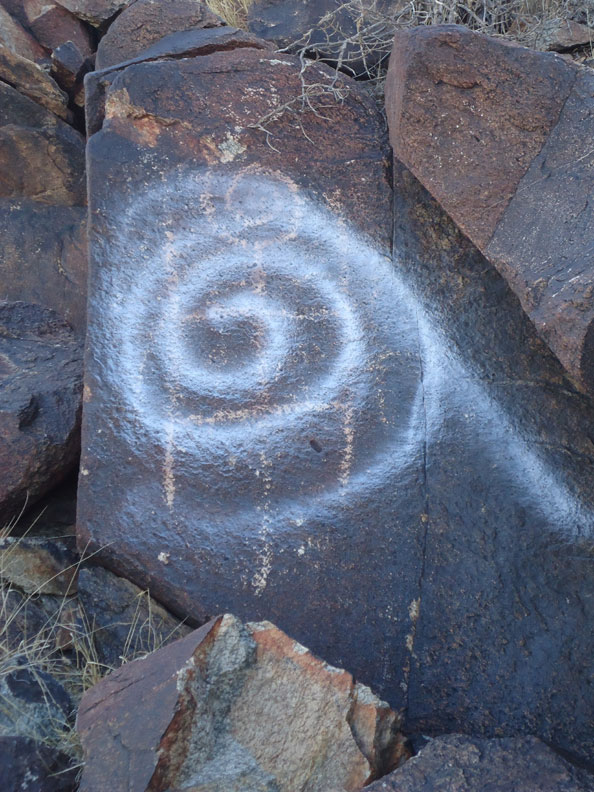 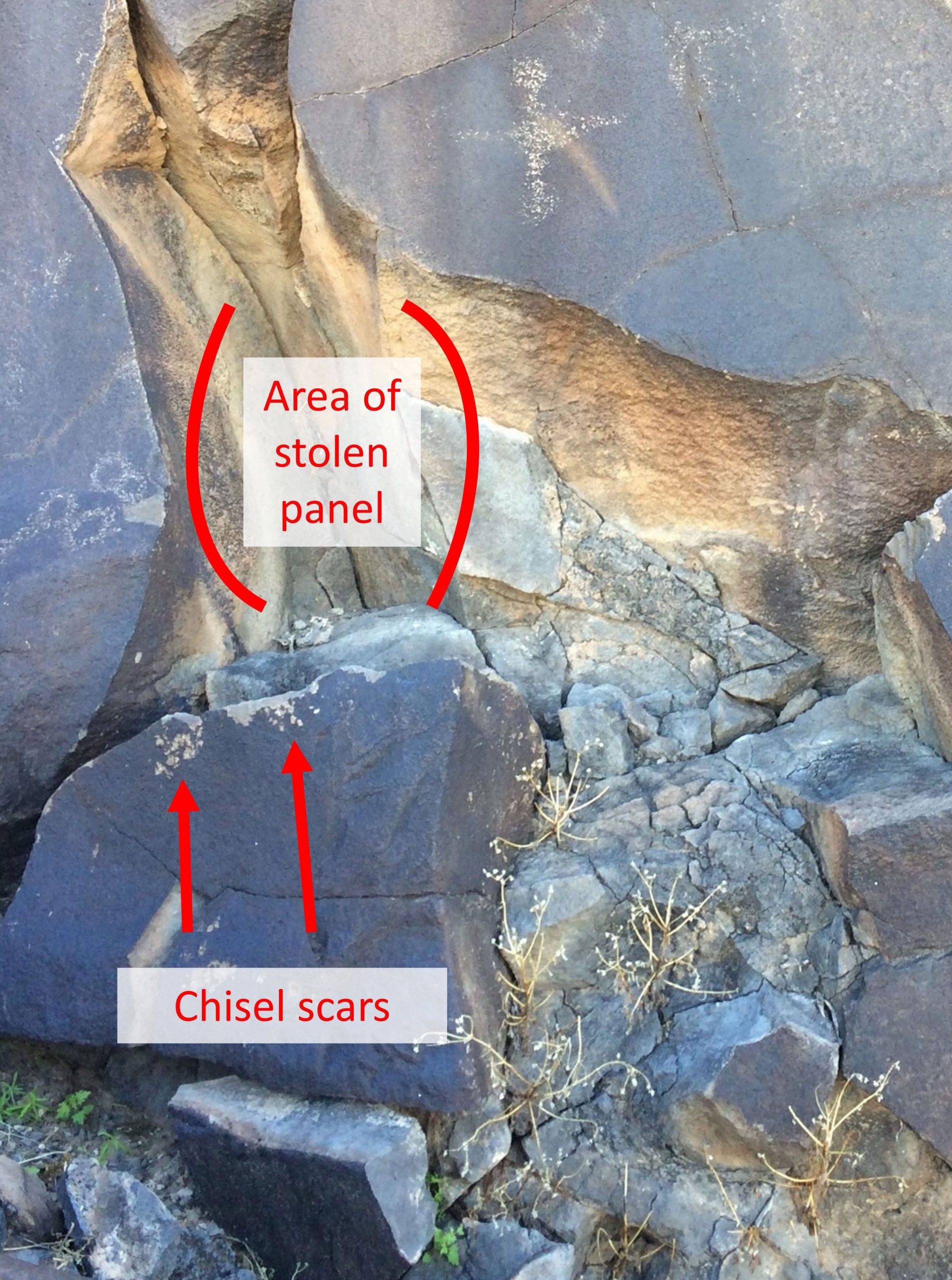 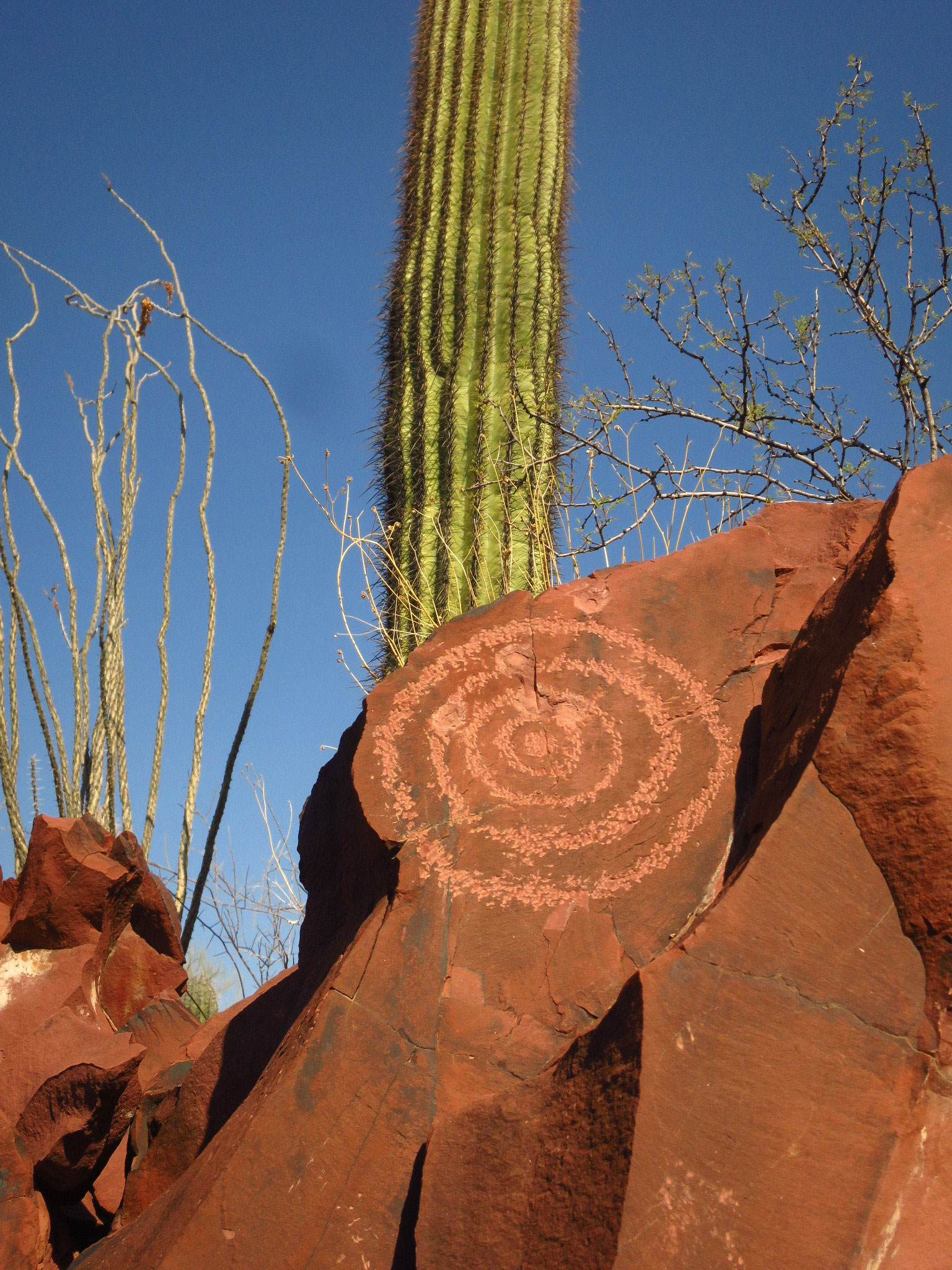 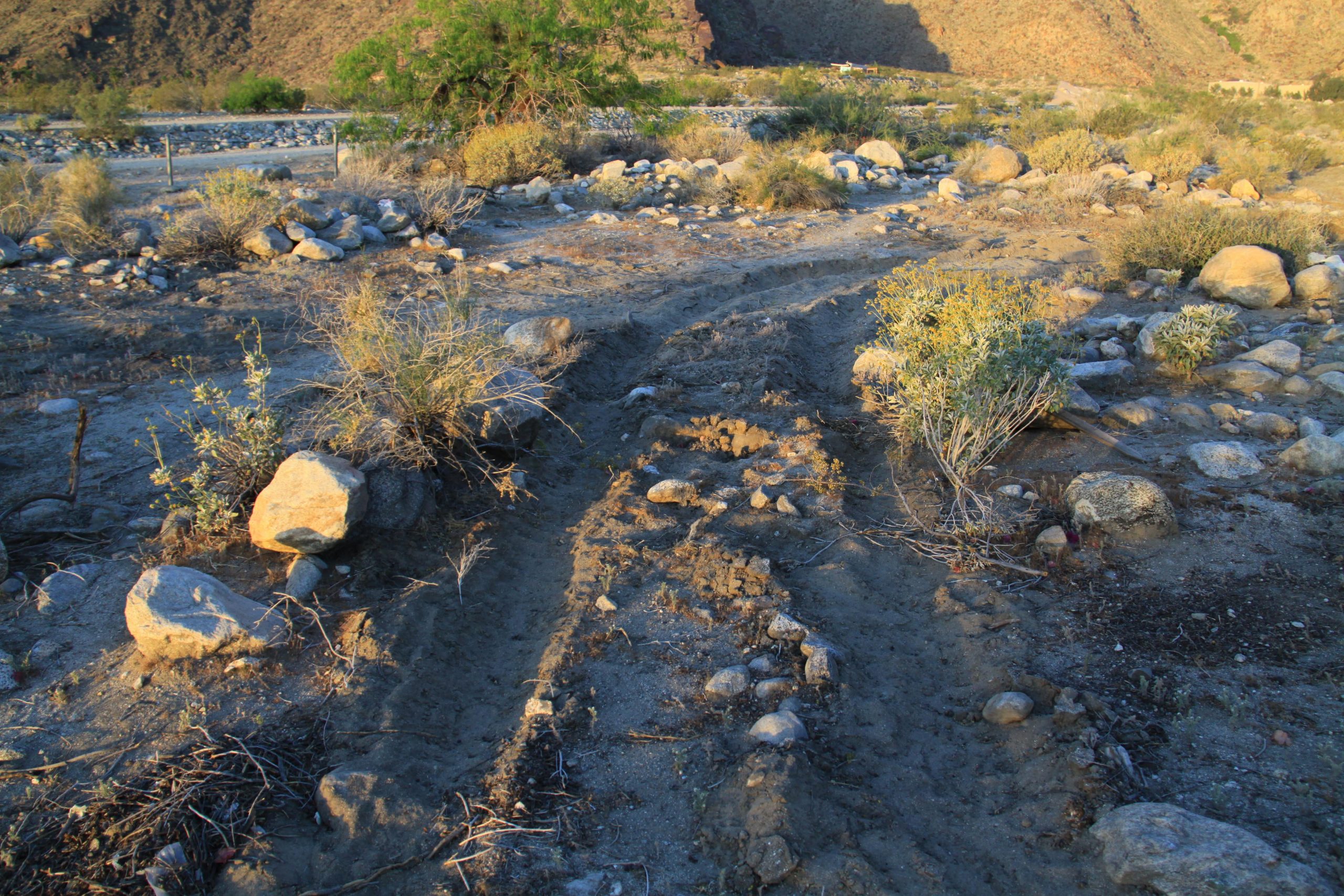 Reporting a Crime Against History

Visit our Submit a Tip page to learn more about suspicious behaviors and report looting or vandalism. If you encounter damage and are unsure if it constitutes an archaeological resource crime, assume it’s recent and assume it’s unreported. Send us the details and we’ll coordinate with law enforcement to determine what actions are needed.

Never confront someone in the act of looting or vandalizing. Move to a safe place and call local authorities. Looters are often linked to violent crimes, property crimes, and drug abuse.